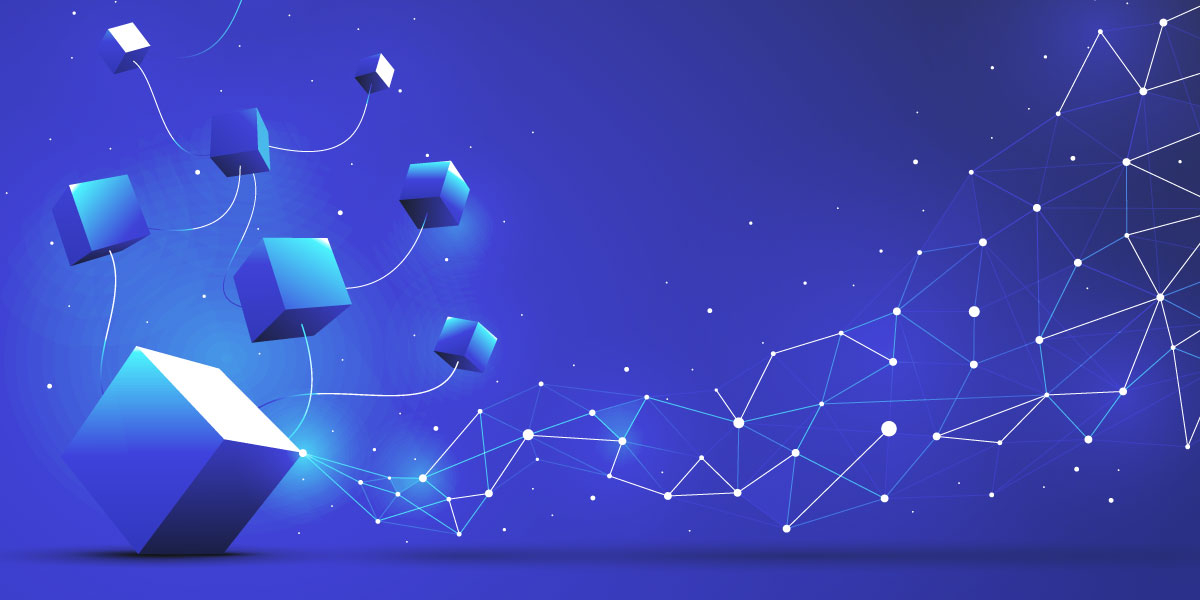 Pairing the Internet of Things with Blockchain Technology

Making our data more valuable, our cities smarter, and our lives more connected than ever before, the Internet of Things (IoT) is rapidly accelerating the concept of global digital connectivity. Bridging the gap between the internet, and our physical lives, IoT is on it’s way to disrupting every company, industry, and market in the world. Although adoption is taking place, academic institutions, governments, and industry professionals must overcome some technical complications if they want their IoT systems running as efficiently, safely, and sustainably as envisioned. Some of these technical complications are as followed; IoT device resource constraints, data security, end-user privacy, lack of flexibility, and high cost paired with high latency which prevents sustainable growth.

So what’s the solution? How can these organizations overcome these “roadblocks” and have their IoT systems operating on the level of efficiency and scale that is required for mass adoption? What’s needed is a technology that allows IoT devices to collect, store, and distribute data in real time. While simultaneously keeping data secure, and the end user private. The technology should allow flexibility in the system giving the administrators the ability to make changes to their network at any time and this should all be done while keeping the cost and latency time of the network low. A proposed solution to meet these system demands is a pairing between IoT and blockchain technology.

Traditional, public blockchains (Bitcoin, Ethereum, etc.) flourish in their ability to collect, store, and distribute data while guaranteeing the security of transactions and privacy of their users. In the case of Ethereum, or Bitcoin these networks couldn’t exist without public, permissionless blockchain technology. However, the drawback with pairing IoT systems with public blockchains is the lack of flexibility, resource constraints of IoT devices, and the high cost and slow action times of microtransactions. The proposed solution to these drawbacks is to use what is know as permissioned, private blockchains as the method for pairing between blockchain and IoT systems. Unlike public blockchains, private blockchains don’t require a lot of computational resources from the devices they run on, and they can provide flexibility in their network without high expenses or slow action times.

The VizLore Solution to IoT

VizLore is a technology firm based in Scottsdale, Arizona working with frontier technologies such as blockchain, cyber intelligence, the internet of things to find solutions for enterprise “smart cyber-physical systems”. Researchers from VizLore propose a solution of using private blockchain technology to provide blockchain as a service (BAAS) to IoT organizations that want to improve their systems efficiency, security, privacy, flexibility, and sustainability. Built using Hyperledger Fabric, VizLore envisions a Federated Blockchain Network that allows a “plug and play” BAAS. In VizLore’s requirments document entitled Blockchain as a service: conceptualizing a blockchain collaboration framework, researchers identify seven requirements for a successful implementation of BAAS for IoT. These requirements are VizLore’s proposed solutions to address the current technical complications and adoption “roadblocks” that are currently being experienced by IoT stakeholder.

Traditional IoT applications are heterogeneous systems that associate exclusively with devices in their own network. As adoption of the technology is expanding and the number of IoT applications increases, existing systems are becoming increasingly inefficient. BAAS should allow for multiple IoT platforms to be able to communicate and collaborate with one another. They should be able to do this while preserving their existing standardized IoT protocols, and current IoT device capabilities. Furthermore, BAAS should be able to run independently of other services and cooperate with other existing applications in the system. Having interoperability throughout IoT platforms would not only allow cooperation between application but the ability to share and act on other applications data.

Most IoT and cloud computing organizations are made up multiple systems and subsystems for both internal and external operations. These complex organizations often find it hard to deploy new infrastructure such as blockchain technology. That’s why BAAS should make the integration of the technology to existing systems as easy and straightforward as possible. To ease development, this process should have specifically tailored step-by-step instructions documents for each individual use case. Beyond integration, BAAS should offer an automated recommendation service that guides system administrators decisions when deploying new features to their networks. Regardless of the administrator’s technical ability, by utilizing this “plug and play” model of deployment organizations should find it easy to integrate blockchain into existing systems.

IoT systems are dynamic, and their business logic can be complex made up of different participants, rules, and permissions. For BAAS to be successful, integration and updates to the applications have to be automated and effortless for platform administrators. This type of automated rapid prototyping of business logic can be enabled using smart contracts or as Hyperledger Fabric calls them “chaincodes.” Utilizing mechanisms chaincodes can be easily created, deployed and updated by network adminsitrators.

Administrators of IoT networks require oversight into the health and status of their systems to be able to document and make changes to their platforms. BAAS should provide a simple to use graphic interface for blockchain exploration and system health inspection. These visual tools should be able to detect malicious behavior on the network and have the ability to revocate or blacklist bad actors. Network administrator constantly receiving updates on the state of their systems will provide them with more accurate data to manage and improve their platforms.

By creating a standardized IoT blockchain framework through VizLore’s Federated Blockchain system interoperability between different IoT platforms will become effortless. BAAS for IoT should enable data federation on different blockchains, connecting those offering data to those who need it while being able to maintain the privacy of their users and systems business logic. This exchange of large-scale data collection and aggregation will help improve an organizations decision making.

In traditional IoT networks, there is a necessity for efficient resource and storage management for resource-constrained devices. Because of these resource constraints, deploying public blockchain technology (Etheruem, BItcoin, etc.) on IoT networks aren’t feasible. However, IoT systems could host private blockchains which allow flexibility so storage and processing requirements can vary between a networks device types. By using strategies such as ledger storage compression and computational offloading, high storage and resource requirements can be shifted from one device to another. Furthermore, resource federation should also be made available through BAAS, meaning that well-established blockchain IoT platforms can offer it’s storage and processing capabilities to other stakeholders. This federation of resources between platforms will not just enable vertical and horizontal collaboration but incentivize it.

Digital privacy has been an increasing concern in our growing digital economy, and because of this, security requirements and government regulations are becoming more and more prevalent. To meet these expectations, BAAS should provide easily created and instantly deployed privacy policies for network data, ledger and smart contract creation.

Blockchain as a Service Proof of Concept

In VizLore’s proof of concept requirments document entitled Proof Of Concept federated blockchain fabric integration with Agile IoT platform, researchers explore the following BAAS framework built with the Agile IoT platform: automatic blockchain infrastructure generation and deployment in a physically distributed system environment; rapid business logic prototyping through streamlined smart contract writing and deployment; creating a blockchain collaboration framework that spans IoT horizontals and verticals; enabling easy setup of complex privacy policies. In this first integration, the project was deployed on two levels, the local level, and the cloud level. On the local level, hyperledger fabric blockchain networks were deployed on fog gateway devices on two IoT platforms, Agile IoT and VizLore Lab Foundation IoT. On the cloud layer, each of the platforms had a virtual machine that ran the CA and Ordering services for the network. These two network levels were connected through a federated/shared channel. Through this channel, mutually cooperative and actionable data was stored and accessed exclusively by cloud-based peers and hyperledger fabric-agents. This constant stream of information increased the value of the network by enabling easier auditability of the actions, ownership, and status of the network’s data.

As the adoption of IoT technology increases, system requirements will increase along with it, and stakeholders will expect increased efficiency, security, flexibility, and sustainability of these networks. VizLore’s proof of concept of using Hyperledger Fabric to build a Federated Blockchain Network that allows for a “plug and play” BAAS is the first real proposed solution to the limitations of IoT systems. By identifying the current limitations of IoT systems, and pairing them with VizLore’s seven requirements for successful implementation, the necessity of integrating blockchain infrastructure into existing IoT systems can be better conceptualized.

Want to join the discussion?
Feel free to contribute!